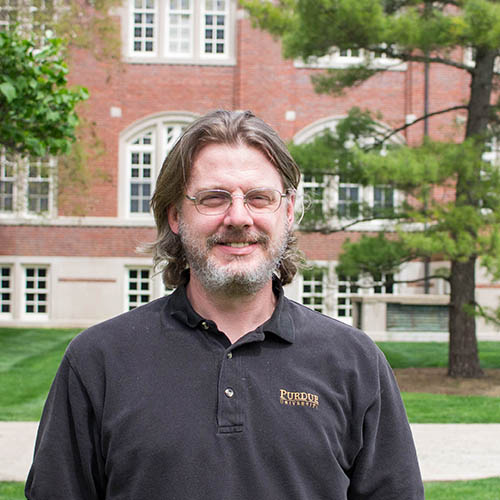 Nick started with Purdue in the Summer of 1999 as a student worker hired to patch systems for the feared Y2K bug, then hired on as full time staff as a help desk technician. In 2008 Nick came to Research Computing for the first time working as a systems administrator in the Envision Center, then in 2012 moved to the Platform OS team(s) in Purdue IT. While on the OS support teams, Nick was recruited to design and engineer a cloud based solution to house export controlled research projects. In 2018, Nick returned to Research Computing in his current position on the HPC Engineers team. Nick's primary responsibilities are maintaining systems dedicated to the Purdue CMS project, oversight and maintenance of secured computing resources, and continued infrastructure support for the Envision Center.