One year into its operations, Purdue’s powerful Anvil supercomputer has already enabled groundbreaking research in fields such as drug discovery, astrophysics and sustainability research.

Anvil, which is funded by a $22 million grant from the National Science Foundation, officially went into production on February 1 of this year after beginning early user operations in November 2021. Anvil hit 100% utilization in August and is already supporting more than 2,700 users, many of them students, from 143 institutions and 42 domains of science. 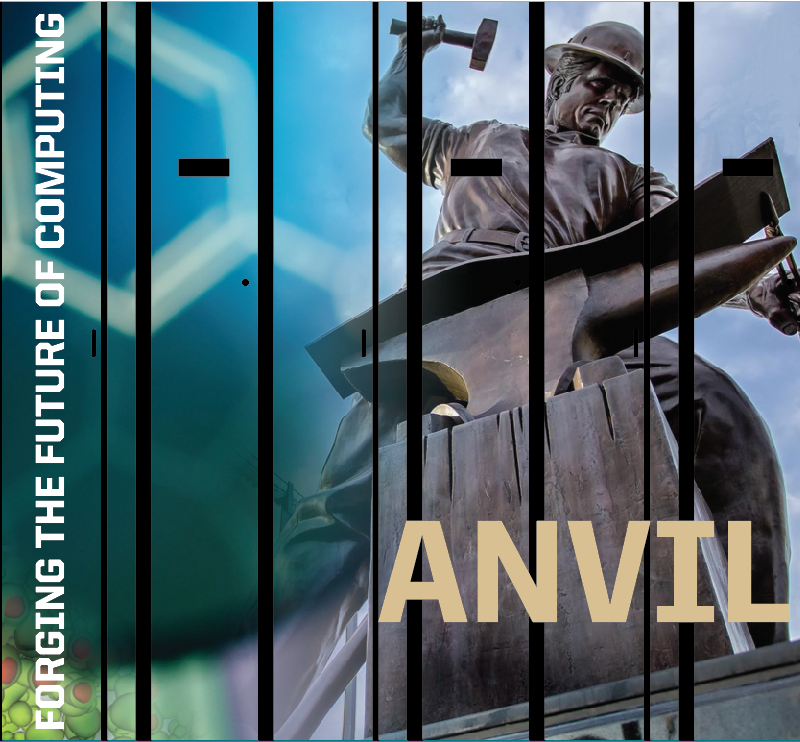 “The team that put Anvil together has realized what researchers are going to be doing over the next few years and what the need is now for high-performance computing,” says Richard Wilton, an associate research scientist at Johns Hopkins University who used Anvil to carry out the analysis of whole-genome DNA sequencing data from over 600 patients with certain psychiatric disorders.

Wilton and his collaborators used a variety of bioinformatics tools on Anvil, including high-performance computing software that exploited Anvil’s GPU infrastructure to obtain twice the processing speed that they had obtained in comparable work on another national supercomputer.

Yinglong Miao, an assistant professor at the Center for Computational Biology and Department of Molecular Biosciences at the University of Kansas, was an early user of Anvil who used Anvil to accelerate molecular dynamics simulations in the study of G protein activation by the beta1-adrenergic receptor, a key membrane protein that has served as a drug target for treating heart failure.

“Using CPUs this work could take months, if not years,” says Miao. “With the GPUs on Anvil, we can run these simulations much faster. Instead of needing months, we just need a couple of weeks.”

In addition to moving science forward, Anvil is also helping to train the next generation of researchers.

Anvil’s speed and processing power meant that this year the organizers were able to invite more participants than originally planned.

“There’s no way we could do this for so many people without Anvil,” says Zhang.

Anvil was also used by students in The Data Mine, a data science learning community at Purdue for students from all majors led by Mark Daniel Ward, professor of statistics. The Anvil team onboarded 1,300 Data Mine students shortly before the transition from the NSF’s Extreme Science and Engineering Discovery Environment (XSEDE) to ACCESS. The students were able to quickly get up to speed with the interactive access interface Open OnDemand using Jupyter Notebook.

More information about Anvil is available on Purdue’s Anvil website. Anyone with questions should contact anvil@purdue.edu. Anvil is funded under NSF award No. 2005632.